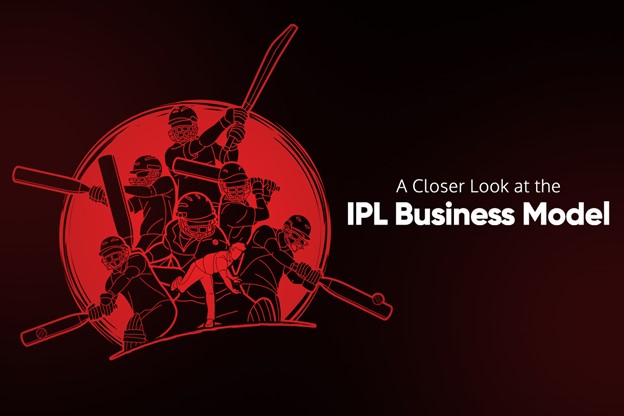 When it comes to the list of the biggest cricket tournaments that are watched by millions of people from different parts of the globe, the name of the IPL, or Indian Premier League, stands at the top. According to CricketTipMaster, the IPL is the most-watched domestic cricket tournament. The top-tier cricketing event owes its popularity to numerous reasons. For starters, it follows the format of T20 cricket, i.e., all matches played in the Indian Premier League consists of 20 overs (for each side). Thus, fans get to witness nail-biting matches throughout the tournament.

Moreover, each team that is a part of the prestigious tournament invests in star domestic and international players from all around the globe to create the best squad in an attempt to clinch the trophy. Hence, the audience enjoys exciting cricket matches between top-tier teams featuring cricket stars from different parts of the world. Another significant advantage of major cricket tournaments like the IPL is that they bring cricket enthusiasts the option to indulge in fantasy cricket.

excellent way for fans to have a more immersive experience of the sport. Moreover, it also facilitates them to test their cricket knowledge and put it to good use.

IPL is held every year and it is celebrated like a festival, especially in India. However, besides being an event that showcases the sport in its real glory, the Indian Premier League is also an exceptionally profitable business venture. This article will shed light on the IPL business model and explore its revenue ecosystem thoroughly. Let us dive right into it:

How Much Does the IPL Worth Currently?

Thanks to a successful negotiation for broadcasting rights deal with a major company (Viacom-18), the IPL”s value increased by a massive $6.2 billion or 48,391 crores. The five-season deal significantly upped the value of the already-massive franchise. If reports are to be believed, the rights for the upcoming seasons of the IPL have garnered 2 times more revenue than the previous ones.

Thanks to the lucrative deal. The IPL is now the second-most valuable sports league in the world, standing second only to the NFL or the American National Football League. Moreover, the IPL has also gone past numerous sports leagues such as the EPL, MLB, and the NBA.

The IPL receives funding from numerous sources. Here is a detailed look at how the ecosystem works:

Central Revenue Pool – The central pool of revenue is majorly composed of broadcasting rights and sponsorship deals, which make up approximately 70 to 80% of the total revenue of teams. The BCCI, or the Board of Control for Cricket in India, keeps 50% of the entire revenue pool. The remaining amount (45%) of revenue is distributed equally among the franchises. The final remaining amount is acquired by the top four teams who make it to the playoffs as a part of the cash prize money.

As per BCCI’s 2018 regulations, franchises must pay the BCCI 20% of their net revenue as fees. It is expected that with the latest deal and sponsorship’s revenue combined, the central revenue pool may cross the $7.6 billion mark for the upcoming seasons. Coming to sponsorship deals, Tata is supposed to pay the BCCI a whopping amount of Rs. 335 crores since the company is the title for the upcoming IPL season.

Team Sponsorships – Each team in the IPL is exclusively sponsored by a number of companies. The list of sponsorships includes jersey sponsorships, radio, digital partners, etc. However, as opposed to other sources of revenue, team sponsorships constitute a small portion of the entire revenue pool.

Tickets – Every IPL season, each team has at least 7-8 home matches. As a result, the domicile franchise owners earn approximately 80% of the revenue from the sale of stadium seat tickets. The remaining 20% of the entire amount is split among the BCCI and the franchise sponsors. As per reports, ticket sales make up around 10-15 % of an IPL team’s revenue. Besides ticket sales, teams also earn from the sale of food and beverages which happen on match days.

Official Merchandise – All teams participating in the IPL sell their team’s merchandise to add to their revenue. The merchandise items include jerseys, hats, and numerous other team-related accessories. Thanks to the crazy fan following, a significant part of teams’ revenue comes from merchandise sales.

Franchise Auction – The IPL is expanding after each passing year; thus, franchise auctions are emerging as a reliable source of revenue stream for the parental cricket board or the BCCI. For example, the RP-Sanjiv Goenka acquired the new Lucknow Super Giants by paying a whopping amount of 7090 crores. Similarly, the CVC capital group paid around $740 million to acquire the new Gujarat Titans team. More teams are expected to be added to the massive franchise in the upcoming years.

The IPL is growing at an exponential rate, and there is no doubt that it will continue to expand its horizons, thanks to the love it receives from the masses all around the globe. To get a clear view of IPL’s business model, refer to the points mentioned above.