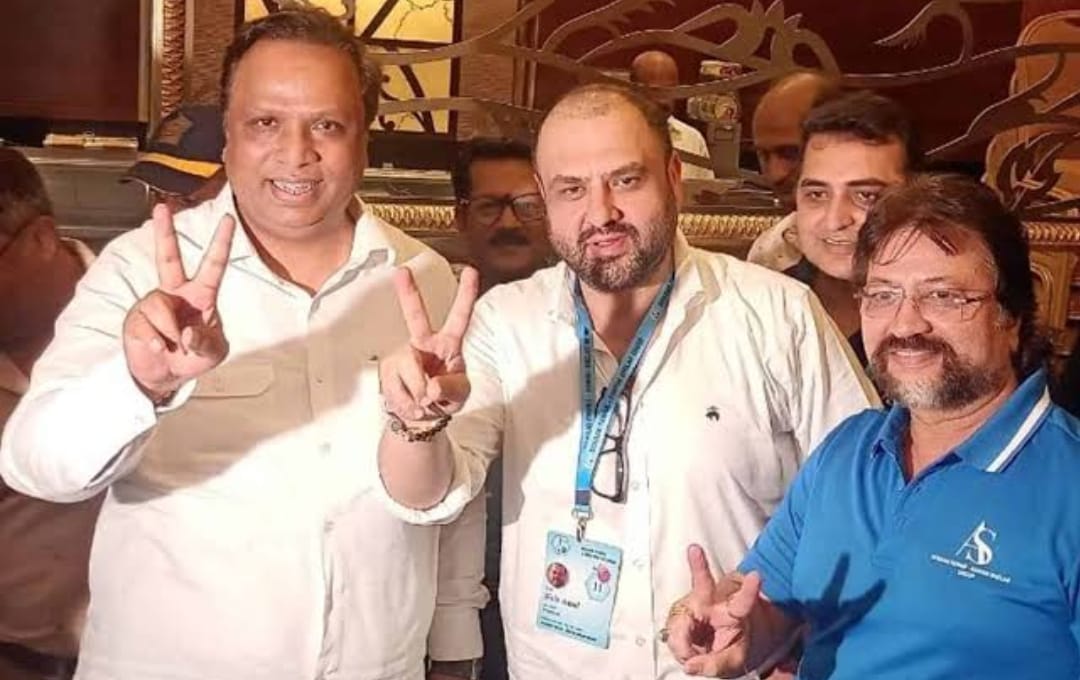 Mumbai, 21st October 2022: Mumbai Cricket Association (MCA) election results show that Sharad Pawar has once again played a big game. Former Indian batsman Sandeep Patil lost to Amol Kale in the election for the post of President of the Mumbai Cricket Association (MCA) on Thursday. Amol Kale was supported by BJP MP and new BCCI treasurer Ashish Shelar. He defeated Patil by 25 votes. Kale got 183 votes while Patil got 158 votes. Kale has been the Vice President of MCA. The results of this election are very interesting. Sharad Pawar’s touch was seen in the MCA elections. He supported the opposing BJP candidate.

It is said that in politics, there is neither a sure friend nor a sure enemy. Sharad Pawar’s politics is the most perfect example of this. NCP President Sharad Pawar is being credited for the victory of Amol Kale in the election for the post of President of the Mumbai Cricket Association. Interestingly, Kale is a close ally of BJP’s deputy CM Devendra Fadnavis. Sharad Pawar, who holds the trump card in MCA matters, instead of fighting with Devendra Fadnavis, shook hands with him and not only conducted the election properly but also ensured the victory of his candidate.

Those who know the course of events are surprised by this matter. The question in people’s minds is whether Pawar, Shinde and the BJP are colluding to isolate Uddhav and his Shiv Sena faction. Was this only limited to cricket elections? At the Garware dinner club, just 12 hours before the election, Pawar shared the dais with CM Eknath Shinde and Deputy CM Devendra Fadnavis. The dinner took place amid highly strained relations between the NDA and the MVA. MVA-partner NCP has pledged unwavering support to the Uddhav Sena and the Congress, while Shinde is leading his Shiv Sena faction in alliance with the BJP.

Demonstrating his knack for winning over arch rivals, Pawar told Shinde and Fadnavis in a light-hearted manner, “I am the son-in-law of veteran cricketer Sadu Shinde. The leg-spinner who represents India is my wife Pratibha’s father.” In response, Fadnavis quipped, “CM (Shinde) should look into it.” However, he praised Pawar for his approach to cricket administration.

Arch rivals sharing a platform to celebrate a cultural and political event is not new in Maharashtra. In the past, individuals have kept the party tag aside to unite for the MCA elections. Pawar’s shadow over the results remains constant. Soon after being elected as a member of the MCA, Neelind Narvekar, a close aide of Uddhav Thackeray, said, “When it comes to strategy, the credit goes to Pawar.” Still, the ease with which Pawar won Fadnavis’s candidate Kale surprised many. A senior NCP leader in the state, requesting anonymity, said, “The ‘Pawar play’ is very difficult to explain.”

Earlier, Maharashtra Chief Minister Eknath Shinde had said that Pawar sharing the stage with him and BJP leaders may give him sleepless nights to some people. Although he did not name anyone, it is believed to be a remark pointing towards former Chief Minister Uddhav Thackeray.

Chief Minister Shinde said, “Pawar, Fadnavis and Shelar on the same platform… This may give sleepless nights to some people. But this is not the place to do politics. We are all fans and supporters of the game. That’s why we have come together for the development of the game despite our political differences.”