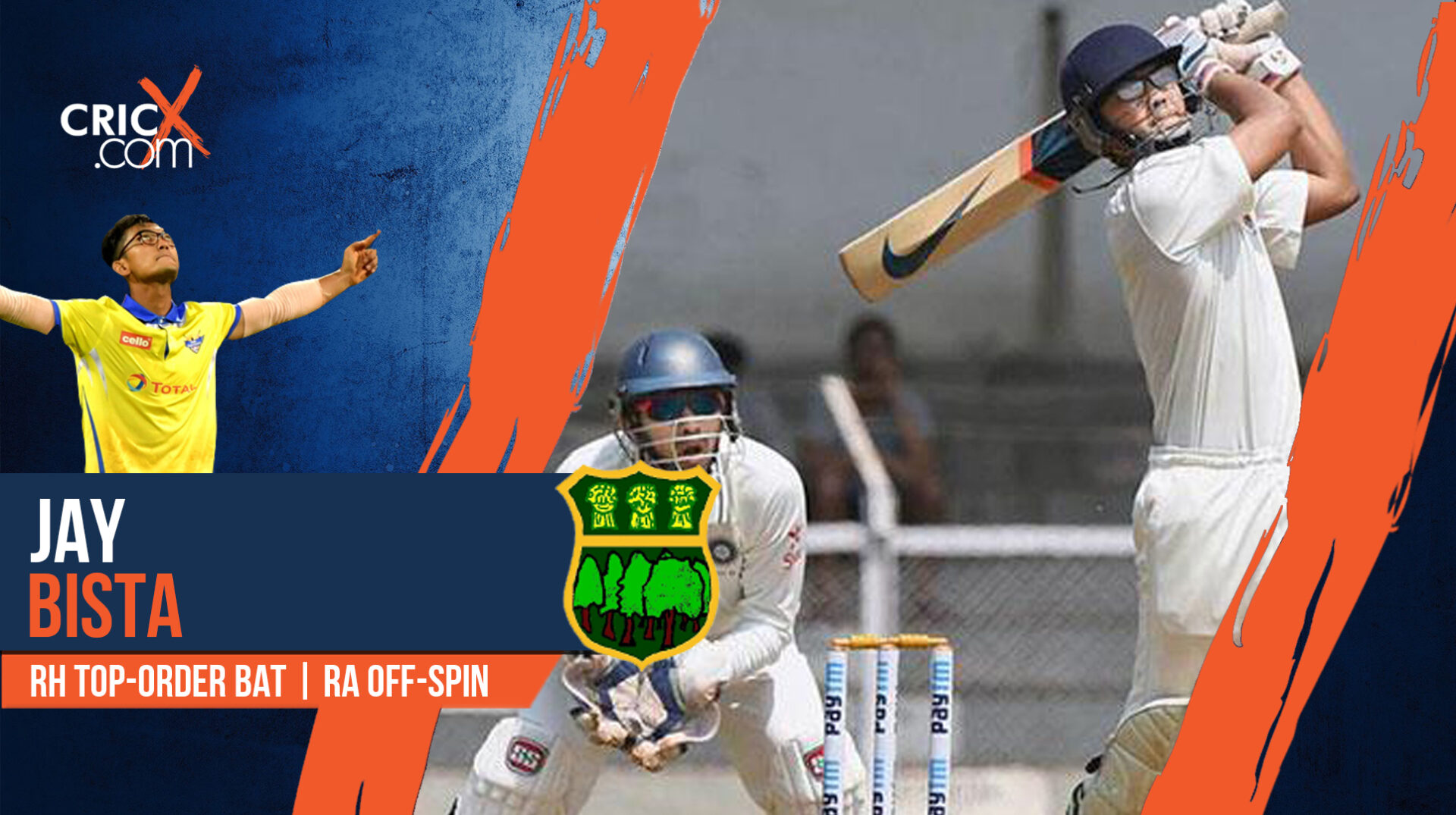 Cornwood CC are delighted to secure run machine Jay Bista for their 2023 campaign.

Jay Bista is an absolute run machine who moved to play for Uttarakhand in 2020/21, following 63 matches for Mumbai dating back to his debut in November 2015.

Prior to his move, Bista represented the powerhouse Mumbai side, playing alongside some superstars of the game.

Whilst known for his batting, Bista has proved a useful bowler too, with 24 wickets to his name including career-best figures of 5-16 in first-class cricket.

Bista, who hails from Dhangadhi in Nepal, was the first person of Nepalese origin to play for Mumbai. He represented Mumbai through the age groups and has made quite a name for himself in recent years. After being dropped from the Ranji Trophy squad for apparently churning out underwhelming performances, he scored century after century for Mumbai Under-23 at the Col C. K. Nayudu Trophy. His tally of 1,081 runs (at 108.10 with 5 centuries) – the highest in the tournament – propelled the team to win the prestigious trophy.

A week later, he was rightfully rewarded with a place in Mumbai’s Irani Cup squad. There, he carted Rest of India’s Jaydev Unadkat, Krishna Das, Ankit Rajpoot, Stuart Binny, and Jayant Yadav — in the presence of chief selector Sandeep Patil — to all corners of the Brabourne Stadium to conjure a 90-ball 104, inclusive of 15 fours and a six. He also scored a breezy 38 in the second innings.

The following season (2017/18), Bista enjoyed his most prolific Ranji Trophy campaign to date, scoring 2 centuries amongst 332 runs at 55.33, then followed up with 443 runs at 34.07 in 2018/19. The run machine has also impressed in the shorter formats, albeit has yet to gain the attention of IPL sides, thus enabling him to play abroad in recent seasons.

On his brief return in 2021, he was exceptional, topping the Hoofdklasse run charts (399) in his 3 innings – a few runs above second-placed Indian batting star Nikhil Gangta who batted in 8 innings. After a rough dismissal to start his Hermes campaign, he finished with undefeated scores of 220* and 168.

Given his success, the club was swift to re-sign their Indian star for a stint Devon League stint in 2023.