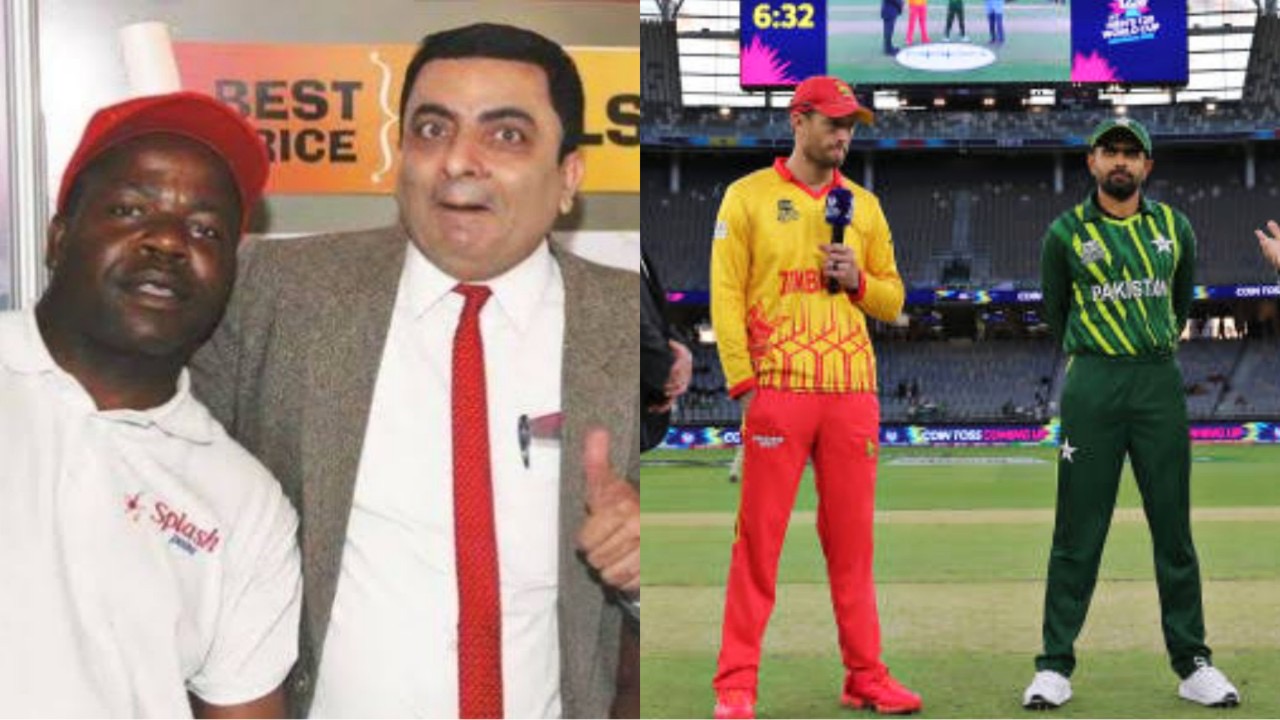 In the build-up to ASHES 2.0 clash between Pakistan and Zimbabwe on October 27 emerged a heated controversy between the supporters of the two sides involving famous TV character Mr Bean.

Interestingly, Pakistan had once sent a fake Mister Bean to Zimbabwe. He had done several shows in Zimbabwe during 2016.

The MR BEAN controversy between Pakistan and Zimbabwe

Two days prior to the T20 WC match between PAK and ZIM, Pakistan Cricket Board (PCB) put out a simple Tweet with photos of Pakistan team’s practice.

The tweet read: “Onto the next challenge”. referring to their then upcoming match against Zimbabwe.

Though the tweet meant no harm to the ZIM fans at all, one of them got offended at it and lashed out at it.

He tweeted all the Zimbabweans were looking forward to the World Cup game between the sides and a win would serve as payback for the time when Pakistan sent a fake Pakistani MR BEAN to ZIM instead of original Bean played by oscar-winning actor Rowan Atkinson.

As Zimbabweans we wont forgive you…you once gave us that Fraud Pak Bean instead of Mr Bean Rowan ..we will settle the matter tommorow just pray the rains will save you…#ZIMVSPAK

Notably, the fake Mr. Bean (Asif Muhammad) was a part of multiple road shows and also Harare agriculture show (in Zimbabwe) and was paid a good amount for it.

Upon being asked about the matter further by a Pakistan supporter, the twitterati (Ngugi Chasura) shared a photo of the fraud Bean and accused him of stealing money from the public of Zimbabwe.

A fake Mr Bean was once paid to come and perform in Zimbabwe in 2016. pic.twitter.com/IrM5pfqcoH

He even had the luxury of a police escort. pic.twitter.com/3IveDi6ANb

The heated exchange between the fans of both sides stirred up the pot ahead of the game which saw Pakistan lose to Zimbabwe by 1 run.

The match was held today (October 27) and put in to bat first, Zimbabwe managed just 130  runs on the board.

However, the chase was really weird from Pakistan and the side lose its top 3 for 36 runs.

Some disciplined bowling from Brad Evans (2 for 25) and Sikandar Raza (3 for 25) accompanied by some Mr. Bean level shot selection from Pakistan batsmen meant the minnow nation bagged two points against Babar and co.

Pakiat one point was 94 for 6 but with Md. Nawaz and Mohammed Wasim Junior still at the crease, chasing 37 from 29 balls appeared an easy task.

Regardless, the all-rounders made a meal of it by blindly slogging at every ball when the chase could have been handled in singles and doubles.