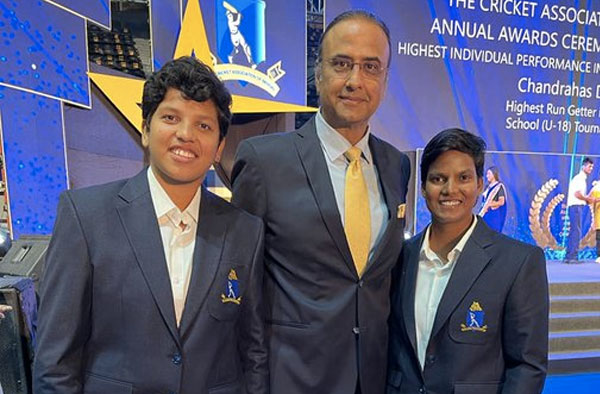 The Cricket Association of Bengal’s (CAB’s) annual award ceremony for the last couple of years was canceled due to the Covid-19 pandemic and on return, on the 29th of October, the ceremony will see Jhulan Goswami take home the Legendary Cricketer Award, while Deepti Sharma bags the Iconic Cricketer award and Richa Ghosh the Excellence in Performance award.

An absolute icon of the game, Jhulan Goswami took the field for her farewell match against England at Lord’s late in September and closed out her 20-year-long glittery career as the leading wicket-taker in ODI cricket with 255 wickets to her name in 203 innings with best figures of 6/31 and a stunningly brilliant economy rate of 3.37.

Jhulan Goswami was felicitated by the Cricket Association of Bengal for her service to women’s cricket yesterday.#CricketTwitter pic.twitter.com/s3tMsBKWQo

Arjuna and Padma Shri awardee, Jhulan Goswami, now adds the CAB’s, Legendary Cricketer Award to her profile for her contribution, commitment and efforts behind the rise of women’s cricket in India and its neighboring nations.

Deepti Sharma will receive the Iconic Cricketer Award for the performances she’d put forward during India’s Silver-medal podium finish at the women’s cricket debut edition at the Commonwealth Games, mid this year in Birmingham, England.

Deepti in 4 innings scored 70 runs at a strike rate of 120.60 and registered a personal best of 34*. She with the ball in 5 innings, bagged 4 wickets at an economy rate of 5.58 and had the best figures of 2/24 to her name. Deepti is on a consistent rise and with her game peeking, India were the most benefited in their following tours of England and Bangladesh.

Teenage superstar, Richa Ghosh will be receiving a special award for Excellence in Performance for both her One-Day International (ODI) debut and for being a part of the 7th-time, Women’s Asia Cup winning side. On a personal level, Richa didn’t have the best of tournaments, as she managed the best score of 33*, but left a strong impression with her glove work.

Richa made her ODI debut late last year in Australia and got heads to turn on debut as she against an experienced Australian bowling lineup, played a crucial knock of 32*(29) which included her scoring 3 boundaries and a maximum. It was her mature knock and Jhulan Goswami putting up a late partnership that helped India get to a respectful total.

Other awardees at the CAB event are Shahbaz Ahmed, who’ll be the Special Award for Excellence in performance for his ODI debut and Ravi Kumar, Ishan Porel, and Abhishek Porel will receive awards for their debuts in the India A-Team, while Mukesh Kumar will also receive recognition for his debut in the Junior India Team.

See also  Feng Shui: How To Take Advantage of The Energy in Your Space

The Kartick Bose Lifetime Achievement Award for 2019–2020 will be given to Uday Bhanu Banerjee and Gargi Banerjee. For 2020–2021, Sambaran and Lopamudra Banerjee will each receive the award and for 2021-22, Ashok Malhotra and Mithu Mukherjee will receive the honorary award.