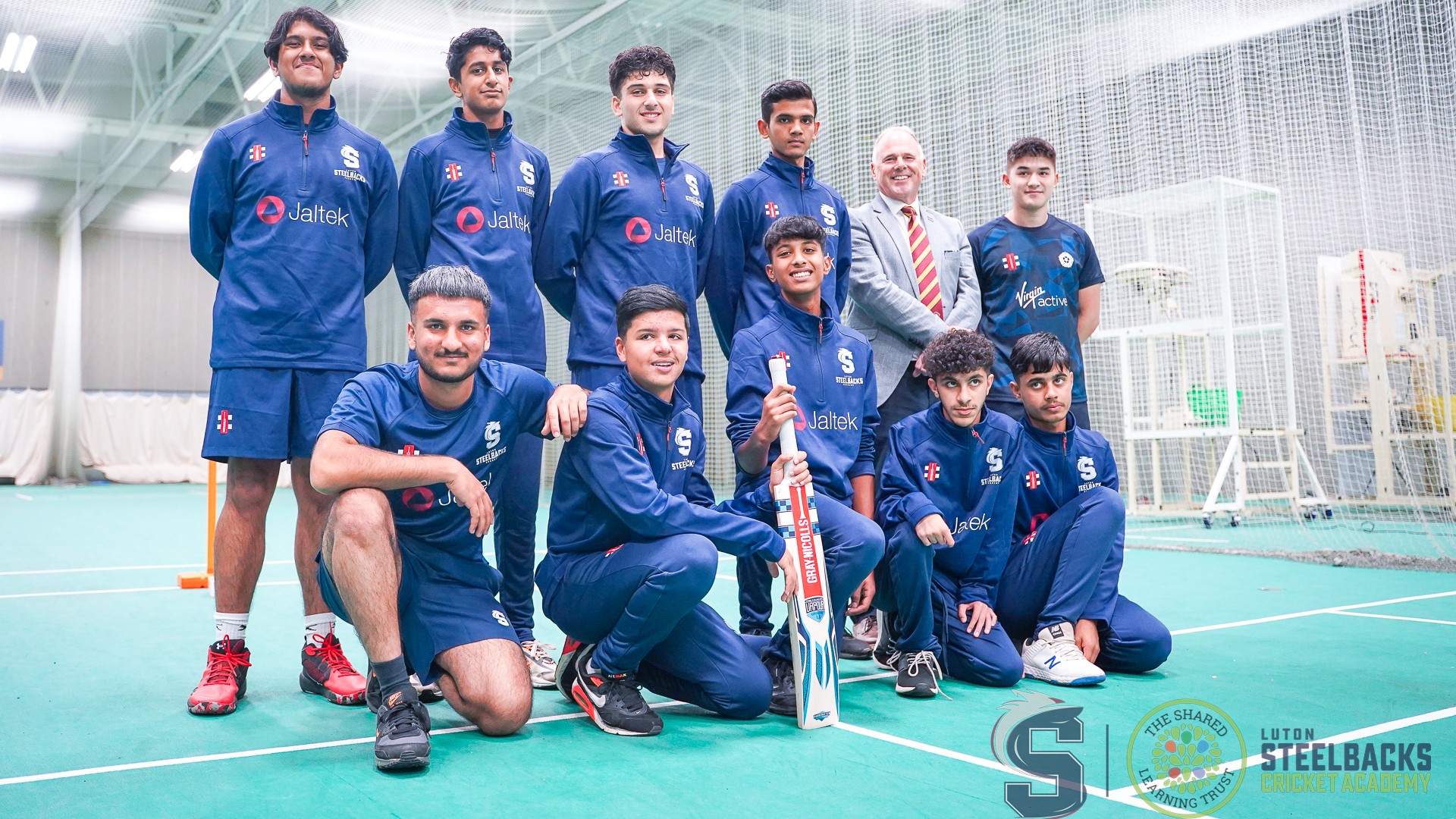 The first cohort of young cricketers at the Luton Steelbacks Academy received their team kit during a training session at The County Ground this week.

The academy, launched in collaboration with The Shared Learning Trust, offers a sixth form programme that combines professional cricket training with academic studies.

“We had a vision about bringing education and cricket development together”, said Northamptonshire County Cricket Club Chief Executive, Ray Payne.

“Over the last 18 months, along with The Shared Learning Trust, we’ve managed to balance cricket development with further education, leading us to this point where we have our first intake filled with a massive amount of enthusiasm”.

After a summer of training and preparation, the course officially launched at the start of the school year and the squad have now received their first Steelbacks training kit.

Luton Steelbacks Head Coach, David Ripley, said: “This is a bigger moment than you think.”

“I mentioned in our session last week here that the kit had arrived and that they were going to receive it next week. The lads cheered and celebrated and hugged each other.”

“I think that was a moment that really struck me that it does mean a lot – the branding, the kit and becoming a part of the Steelbacks family.”

Having already received first class training from former Northamptonshire Head Coach David Ripley, and access to the professional facilities at Wantage Road once a week, the squad have been training and playing competitive games throughout the summer.

There has been a lot of build-up and excitement within the group for the players to receive their official kit.

“The kit is brilliant. It’s been worth the wait and has given the boys a lot of joy and something to celebrate.” said one of the Luton Steelbacks, Ali Asad.

“We’ve all been waiting very eagerly and so to see it finally come has brought a lot of happiness, now we all feel like part of one team.”

The academy has enjoyed the support of several organisations including The Shared Learning Trust, Cricket East and the front of shirt sponsor – Luton based electronics manufacturer Jaltek.

“We’ve worked with the team at Jaltek on some initiatives already, with matches down in Luton, and so for them to come in as kit sponsors has been tremendous”. said Ray Payne.

“The kit looks great, and the lads look like a real professional outfit with it on, I’m sure they’ll wear it proudly.”

Amran Malik, a significant figure in developing cricket in the wider Luton region through his work with Wicketz and Cricket East, provided support in bringing the programme to fruition.

“It’s absolutely fantastic because Northamptonshire County Cricket Club and the Steelbacks as a brand, it’s like the Manchester United for the area.” said Amran.

“This is a proud moment, and I can understand that excitement when they wore it for the first time. It’s a milestone and a half.”

“I think this is an example that there are a lot of good things happening in cricket that people don’t know about and now it’s about uniting, sharing good practices, replicating and scaling this, so more people in urban areas can benefit.”