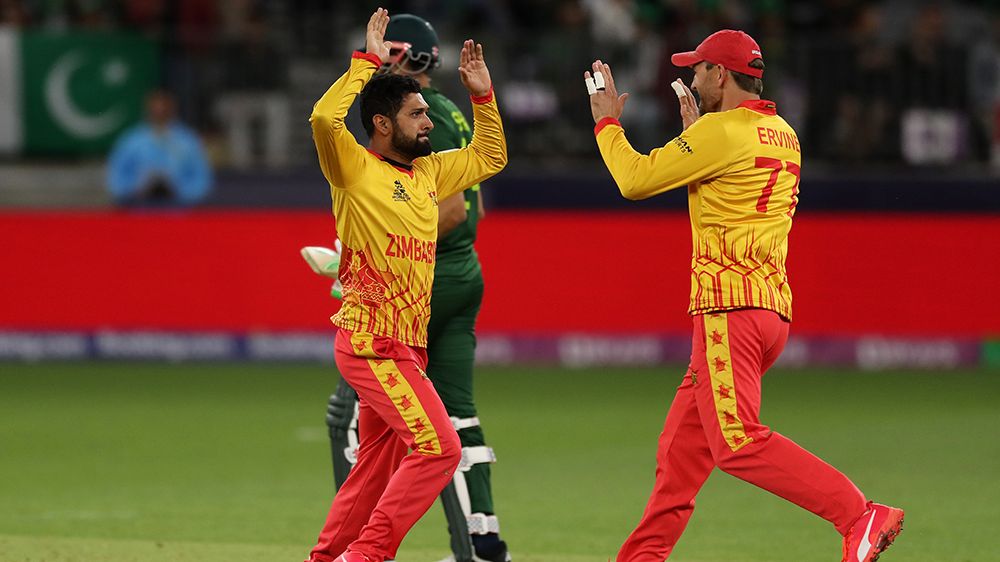 Raza added color to Zimbabwe’s World Cup dreams as he settled for the win and took the batting Pakistan batters into a whirlwind with his spontaneous spin. That too by becoming the star of the game against his native country.

Zimbabwe defeated Pakistan in the 2022 World Twenty20 after a thrilling thriller till the last over. Perth was also the most memorable World Cup win in the history of the Zimbabwe cricket team. Zimbabwe advanced to the semi-finals of the Twenty20 World Cup with a one-run win over Pakistan. Starting an incredible boom in Perth? They are overflowing with yellow and red shirts, making all the predictions of the sports world irrelevant.

All the sports lovers thought that the 131 runs put forward by Zimbabwe would not be a challenge for Pakistan. But within the first five overs, Zimbabwe proved that the target cannot be easily overcome. Then it was all-rounder Sikandar Raza who crushed Pakistan’s attempt at a comeback with his single over. Born in Pakistan, Sikandar was seen shining with the ball against his native country in Perth.

See also  How to Disable Annoying Ads/Notifications on LG TV

Suggested:Ireland making lightwork of more powerful teams isn’t an upset, but a habit!

But the fact that Shan Masood, who came out third, settled down at the crease gave Pakistan a lot of hope. Soon that hope was returned to Raza Pavilion. Raza took the team to a historic victory by dismissing Shan Masood on the first ball of the sixteenth over.

Raza was born in Sialkot, Pakistan. His dream was to become a pilot. But after failing the eye test, the dream could not be realized. Unable to achieve that, he joined Glasgow Caledonian University and later went to Zimbabwe. From there, Raza turned to cricket. Raza made his first-class cricket debut in 2007 and has been growing as a cricketer since 2010 after his studies.

Raza, who showed a brilliant performance with bat and ball, immediately grabbed everyone’s attention. He also played in a practice match against Bangladesh. In 2011, he was included in Zimbabwe’s World Cup preliminary squad but was not selected for the final squad. After that, in 2011, he got Zimbabwean citizenship.

Raza was selected in Zimbabwe’s ODI squad after his consistent performances. He will make his ODI debut against Bangladesh. Raza also participated in the Twenty20 match of the series. He made his Test debut in 2013 against Pakistan. As an all-rounder, Raza has become an impressive presence in the Zimbabwe line-up. Raza was one of the best players in the team in the 2015 ODI World Cup.

Raza is winning the hands of cricket lovers in the 2022 World Cup without breaking any rules. Raza added color to Zimbabwe’s World Cup dreams as he settled for the win and took the batting Pakistan batters into a whirlwind with his spontaneous spin. That too by becoming the star of the game against his native country. The picture of Raza hugging a teary-eyed Brad Evans in celebration of Pakistan’s victory is one of the cutest moments of the 2022 World Cup. The 36-year-old is the unexpected prospect of a team that takes to the field with World Cup dreams. Zimbabwe is on a journey to make history. Those people are still hoping that he will be the savior when they face failure.

Get daily updates from Mathrubhumi.com