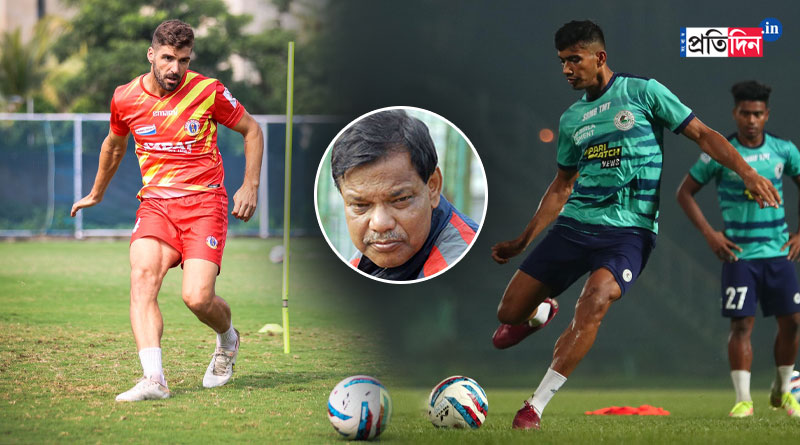 Manoranjan Bhattacharya: The second derby of the season (Derby Match). Earlier, East Bengal Vs Mohun Bagan was confronted by the Durand Cup. Mohun Bagan won. Who will win this time? That question is everywhere.

I will not enter into the argument of who will win. In this year’s ISL, both the teams have not started well. As Mohanbagan has turned around in the last match, East Bengal has found the rhythm of the victory.
However, the current situation is very different from Durand’s derby situation. East Bengal was not ready when Durand’s derby happened. Foreign footballers just arrived. The understanding with the rest was not developed.

But now the East Bengal team is very much ready. In the first two matches in the ISL, the team lost a little in the game, but the improvement was noticed. That was seen more in the match against North East United. Compared to the remaining two matches, East Bengal’s performance in that match is much more promising. From what can be said without a doubt, the performance graph of East Bengal is increasingly upward. But the defense will keep the red-yellow in mind. Especially the deep defense.

The Deep Defense forgot to be overwhelmed by the Kerala, Goa match. East Bengal conceded the goal in a dead ball situation. I believe Coach Stephen did not escape those flaws. The time he got before the derby, I hope he will try to correct those mistakes. If ‘Compact Football’ can play with a little confidence, then the red-yellow supporters can expect good things.
The same applies to Mohun Bagan. Although Mohun Bagan is ahead of the rest in terms of length and strength, the performance that the fans are expecting from the team may not yet be there. Lack of understanding is one reason behind it, another reason is lapse in defense. Let’s not forget, Mohun Bagan won the last match by a big margin but conceded two goals. But the East Bengal attackers are in goal. Clayton Silva is getting goals, midfielders are also scoring goals. That’s the good side. But Mohun Bagan’s biggest advantage is their strong midfield and attack line.

After the departure of Roy Krishna, David Williams, this team was missing a ‘number nine’, someone who would score goals. But Dimitri Petratos made up for that lack in the Kerala match. Most importantly, Mohun Bagan has a lot of quality players. They can change the color of the match. They have also retained the set team. As a result, much more structured football is expected from Juan Fernando’s side.

See also  TESTIMONY. "We saved the life of our father who was drowning in our swimming pool"

Since the start of the league, maybe no team will go to the open attack. The defense organization will try to keep the counter attack to lift the goal. But I will see a great match, I will keep an eye on that hope.

Get all news updates on Sangbad Pratidin